Dear friends of ours have moved to a new city. Though they got the Nexon with them, they need to start looking at a second car: a 6 or 7 seater to add to their fleet.

I'll reveal a bit more: these guys have moved out of a city called Mumbai. Hence they are (i) spared of the ridiculous property costs and are coming to terms with their new found extreme richness (ii) Having escaped the wretched city, they are overwhelmed by that phenomenon called happiness.

We attack this problem statement after collecting requisite ammunition: the options available in the market and trying to match them as per the requirements of the couple.

We have with us the Tata Safari, Ertiga/ XL6, Mahindra XUV 700, Kia Carens, Alcazar, THE Toyota Innova, and the other niche guys: all vying to be taken home by the lovely people.

If one has romanced with anything that closely resembles to 'work experience and execution' in life, experience recommends to remove the garbage first.

And this is precisely what we will do for the first option.

So XL 6 and Ertiga are out. No dear Maruti: You could offer cheap service, longevity of cars etc. But stop trying to rely too much on that and forgetting engineering, finesse and the need to stay abreast with technology. Though at a decent price, the terrible engineering and obsolete components make them seem extremely expensive to me. Correction: replace that phrase 'terrible engineering' with 'no engineering': the first model was not even engineered - they started stretching the Suzuki Swift until it broke in the workshop; the end result was a longer Swift with new row of seats that could collapse at the slightest impact. On the good side: it would spare its occupants from prolonged suffering with the guarantee of instant death in case of an accident. Also: Lets be clear: putting leather upholstery on a terrible product is not termed luxury, when the core design is horrible. In that sense, XL 6 should be charged with dacoity. And I will not let my friends be the victims here. 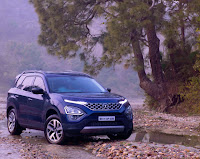 We do venture into the Tata Safari territory but as the family already has a cool Tata Nexon, maybe a brand change would be fun. But maybe it could reign supreme in terms of design and drivability.

One more plus: in its current avatar, this is suspiciously more of Land Rover territory that Tata.

XUV 700 and the Mahindra affair

An imposing road presence, a ship load of electronics and screens: In short, XUV 700 is a stunner. But so are all new cars at any showroom. The driving position and the height do give you that 'feel like God' feeling and I have witnessed people on the road running in panic when I am driving a Mahindra spiritedly.

Root Cause analysis of that to follow and it revolves around the critical role these cars have played in all nefarious activities.

I have no qualms in admitting that I have little faith in these machines from our dear manufacturer which does a better job at tractors (fan of the 265 DI). Like everything else, all products look spectacular in the showroom, but their mettle is proven only with age. And Mahindra has not proven much to me here. 3-5 year old XUV 500s or Scorpios are incredibly rattly, have buggy electronics and I would rather pick up a 10 year old Japanese/ Korean over these machines. They serve me well to explain the concept of 'Cost of Poor Quality' - with ample quantitative data at the spare parts bazaar: where at time of me buying a wiper blade or a polish for my Honda, I found many Mahindra owners desperately scavenging for turbo-chargers, electronic components, etc. for their stalled vehicles. Bolero being an exception here - though of a different league and for a different purpose.

To give Mahindra a fair chance, I decided to have an unbiased assessment to gauge the candidature of the XUV700 for the suave couple.

My inhibitions apart, the problem for Mahindra's candidature was a different one in this scenario. It was what they call a 'Fitment challenge' . At the outset, my friends seemed far too sophisticated for a XUV700. They seemed to have little in common with the paan spitting politicians throned in the rear or goons found in driver's seat in Mahindras. While ruggedness of a Bolero has a purpose to it, that of the XUV is crass and reeks of deceit.

Still, to give a fair chance, I decided to dig for something dark in their life to have them qualify for a Mahindra Scorpio/ XUV700. Who knows: Maybe some part of their wealth was ill gotten, being on the wrong side of the law. My scheme involved tricking Aditi & Abhishek to a dungeon, which had ample of those ancient torture tools in supply, tying their limbs and commencing my interrogation. Here are the results:

https://gifs.com/gif/the-laws-of-physics-does-not-apply-in-bollywood-jROG1Y
Sigh… Truth being told, we were personally invested in justifying the Mahindra fitment for these guys for our own little devious scheme. A few minutes ago, Bugga and I had talked about the downward trend of the macroeconomic indicators these days and their degree of potential correlation (adverse) with our job security. A Mahindra available to borrow from friends, could indeed help our kidnapping business take off if times called for it.
However, these guys were hopeless. Regret to note that my interrogation was a total failure. Not only did these guys check 'No' for all the questions, they also mentioned words like 'please', 'pardon', 'thank you' during the interrogation!
Data also revealed that they had passed their 10th (1st attempt) and I know their path to education has been marred with those premium schools that have too many 9s. (99.999999 percentile was it? Nope, I think i missed some 9s).
Mahindra is out for them.
Toyota Innova:
No point harping on the obvious. We all love the Innova and all of us have been ferried in it amply. In its latest avatar, the Crysta is a remarkable drive, gives you decent feedback of the road and makes its presence felt on the road. With angry eyes/ headlamps these days and some effort expended in hiding it's van-ish profile, it is a smart looker too. Though deprived of 4X4 option, it still does a good job when there are no roads. Personally, I have featured in plenty of stories which involve an Innova gorging a large family inevitably late, their million pieces of luggage, zipping across roads and no-roads with supreme comfort, making up for lost time on way, finally disemboweling its passengers and their luggage at the airport, railway or bus station - in time, without drama.
But here is the problem: Toyota knows too well of the market's cognizance of the quality & unsinkability of this product, and they ask for a handsome premium for it. Well, with those dated interiors, the price, and their claim of indestructability, all the best to Toyota to try selling it to the Israeli ground forces to replace their Merkava tank battalions. But I wont allow them into conning my friends of their hard earned cash. My friends are a genuine moderate use family, with no imminent plans of getting into the taxi business.
Kia Carens
As for the Kia, my experience is limited to a test drive only. All of us were happy when we heard the price of the Carens and had expected it to be (a) a stretched Seltos with scaled down features (b) Cheap Innova which could be floaty while turning & on highway maneuvers (c ) A flimsy build & structure, just enough to do its job of bettering the horrible Suzuki Ertiga/ XL6.
A test drive allayed all these apprehensions, for this is something unique indeed. I tried to model it as a scaled down Innova or a stretched Seltos, but failed spectacularly. Of course, the interiors are Selto-ish, parts would be carried over. But when it comes to the drive, this one manages a distinct soul.

Looks feature lower in my priority, but the word that strikes me upon seeing it in flesh and blood is 'exquisite' - there is a charm about this when looking from the front and three quarters view. The fresh front donned by unique lamps, the grill being given a miss gets it some degree of handsomeness . From the side though, it is sadly MUV-ish but the rear is fairly modern. To note that you have to look too hard at the silhouette to find its underpinnings common to the Seltos.
On the downside, there is a lot of material inside which reminds you of the Seltos and the seating position - though very comfortable with an upright driving stance, is a faint reminiscent of the ol' king of kidnapping: Maruti Omni. Also, there is ample going around pertaining to safety issues and rating of the Seltos, assuming Carens' case could be similar.
What finally tilts the balance in favor of the Carens is the price. After test driving, I could not believe the number. A tad cheaper than its mate, it makes a Seltos purchase seem like thievery. Note: the author had spent money on the Seltos and had thought it to be the best value for money at that time. I am not alone with this perception: a nine month waiting list proves that the entire market feels that way, and we could expect a price increase sometime soon.
Hyundai Alcazar:
It is an incredible option and what we say for Carens ticks for this with a lot more. Though this has different underpinnings that the Carens, I just cannot come to terms in recommending this full heartedly at that price difference over its sister brand. Sorry. If the price difference between the Kia and Hyundai narrows, perhaps we may take a look very seriously.
Jeep Meridian: 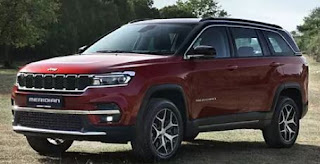 Expensive. But more worryingly, we are scared about it aligning to its peers' strategy and escaping the Indian market. Chevrolet's and Ford's recent exits have rekindled this fear. Yet with its core SIV underpinnings, I believe it could have the potential to keep the Ford Endeavor (now defunct) fans interested. This is perhaps the only option left for them without needing to switch to the Japanese (Fortuner)
Skoda Kodiaq:
Lots of bling, good price, but no Skodas to buy in India please (This line is carefully thought through and drafted by a Skoda owner).
MG Gloster:

Living is China, I can say MGs are firecrackers when it comes to avionics loaded for that much money . In India at the moment, I feel the prices are not that competitive yet. In its home market, there is a huge difference between the Germans>Japanese/Koreans> MG/Roewe. So thanks, but no thanks to this beautiful video game^. MG India - please stay true to who you are and give up that British brand deceit. I see Morris Garages motif getting larger and larger.
^MGs have next generation tech at unbelievable price, giving max for the buck for the screen loving population of these times. But cant say that for sharpness in driving.
Verdict:
Those looking for a 7 seater to immediately book a Carens to start their waiting period, think hard in the first month and then: (a) Buy Safari, Alcazar or Innova as per logical analysis, then cancel booking of Kia or (b) Keep waiting for the Carens
Posted by Sbm.McLaren at 1:58 PM